Click here for all the results from the 2013 Pink Ribbon and click here to donate to the official JustGiving page for the tournament.

Since winning the 2008 Championship League and reaching the semi-finals of the World Championship in the same year, Joe Perry had not achieved much to write about, struggling for the consistancy of that season.

Recently he won the first Asian Tour event in Yuxing and today at the final of the Pink Ribbon charity pro-am he doubled his haul for the season, beating fellow On Q pro and friend Barry Hawkins 4-3.

Crucible finalist Hawkins got off to a great start, racing to a 3-1 lead with top breaks of 70, 45 and 109 to put himself in a commanding positition in this best-of-7 final.

But from then on 'Gentleman' Perry charmed the balls in to the pockets, making runs of 98, 87 and then two small contributions in the last frame to seal victory and lift the Pink Ribbon trophy a 4-3 winner.

Now in it's fourth year, the world's biggest pro-am tournament has gone from strength-to-strength and this season saw a total combined entry of over 250 players.

Funds raised from the entry fees and donations from the event go to breast cancer charities, a cause close to South West Snooker Academy founder Paul Mount's heart as he lost his sister Kay to the disease in 2002.

Big thanks go to all the referees, volunteers and organisers for putting on the event. Special shout out goes to photographer Monique Limbos who once again donated her time to take pictures throughout the five days. Check out her albums here.

Let's hope his form of late isn't a flash in a pan for Joe Perry and we will see lots more of him in the ranking events to come and not just in these smaller tournaments.

Himself and defending champ Hawkins will be jetting off to Australia soon to compete in the Australian Open, check out the draw here. 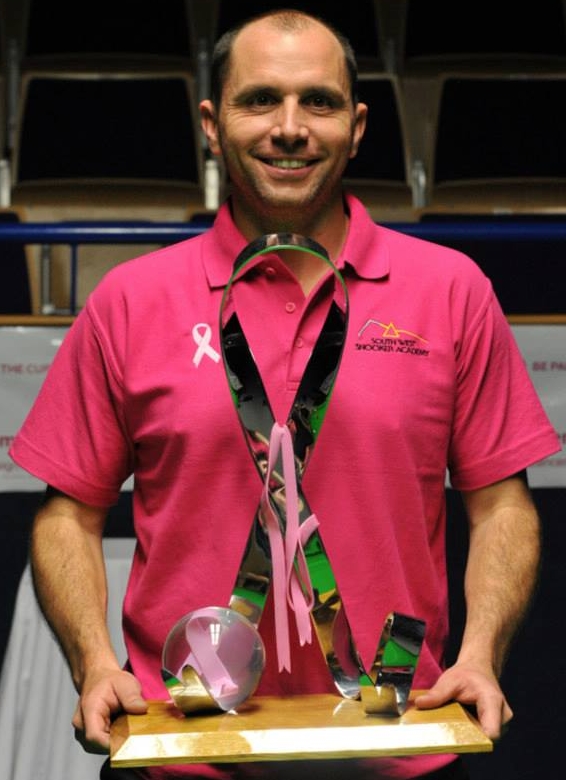