Ronnie O'Sullivan looked the most comfortable he has ever been at the Crucible as he outplayed all of his opponents throughout this year's Betfair World Snooker Championship and ultimately defended his title, beating Barry Hawkins 18-12 in the final.

The now, five-times world champion was in imperious form dispatching the likes of Ali Carter and Judd Trump with ease and at times it seemed that Australian Open champion Hawkins would be pushing O'Sullivan all the way in the final as he lead 3-2 early on. 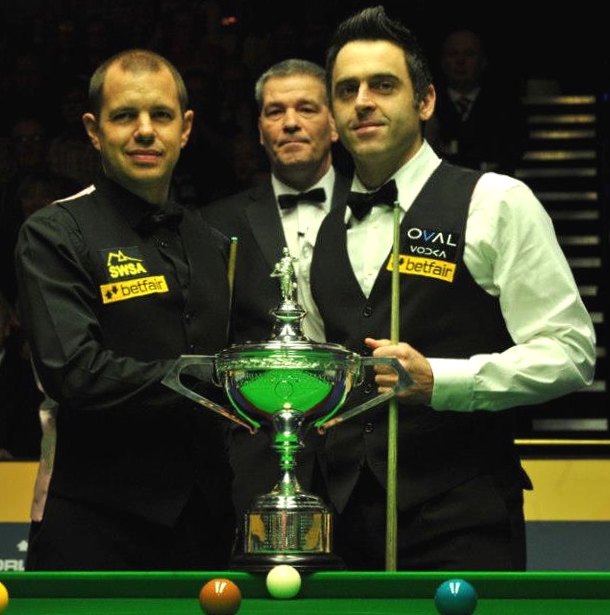 From there on though the player many believe to be 'the greatest ever' slowly started to pull away from the world no.14 from Dartford, as he made four centuries in the next eleven frames to go 10-7. Then today the Rocket made two further tons of 133 and 124 (six in total, the most ever made in the world final) to go 15-10 clear.

When they resumed it in the evening Hawkins made fantastic breaks of 127 and 66 to keep himself in the hunt at only 15-12 behind before O'Sullivan finished it in emphatic style with runs of 77, 88 and 86 to win the match 18-12 and become the first to defend his Crucible title since Stephen Hendry in 1996.

The hugely popular player hadn't played a professional match in over six months and no one knew how he would get on with his title defence. No one could of predicted that he would of played this well and win each match so convincingly.

Since working with Dr Steve Peters O'Sullivan has been a much more calmer, more stable person on and around the snooker table and if he can continue to perform like his did at this year's championship who's to say that he can't equal or beat Hendry's record of seven world titles? 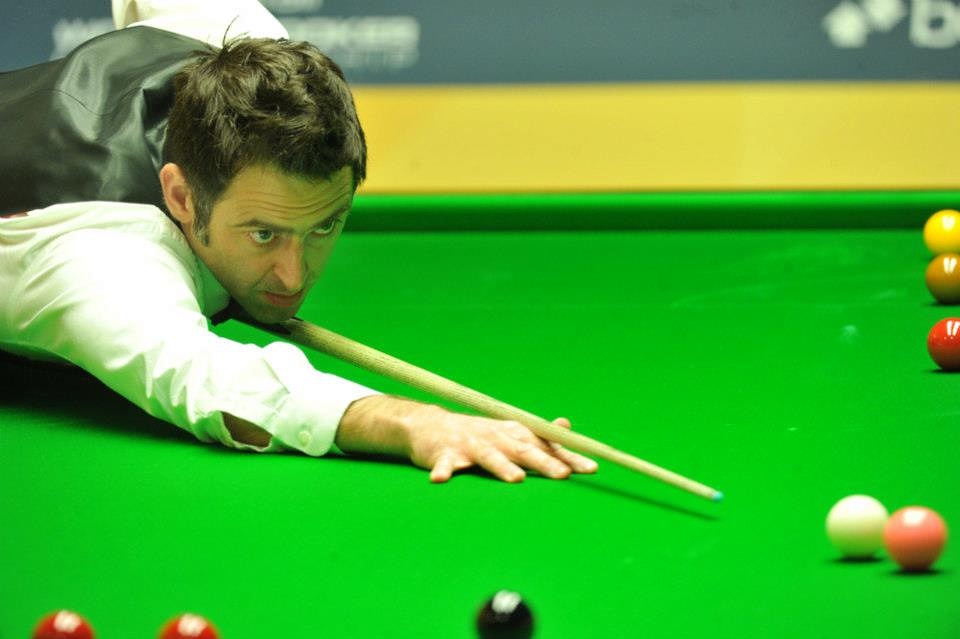 Lets hope we see a bit more of him next season as he is a huge asset to our sport and even though we can live without O'Sullivan, the game just isn't the same without that extra touch of brilliance he can bring to snooker.

"I thought it was a brilliant final," said Chigwell's O'Sullivan. "The snooker overall was very good. Barry has got the game to do well at a tournament like this. I put him under a lot of pressure this afternoon, I felt I had to. Tonight he came out all guns blazing and I feared the worst. I had to make my chances count because if I did not then he could have got it back to 15-14."

"I will enjoy the moment and enjoy one of the best moments of my career. It has not really sunk in yet and I feel like I have just done a job. It will probably sink in a few days time."

Asked how many events he would want to play in next year, O'Sullivan added: "I just do not know what is going to happen because things are always changing. Come December or January I will have a much better idea of what I will be doing."

Special mention has to go to Hawkins in this year's championship. The performances he put in against pre-tournament favourites Mark Selby and Ding Junhui were just excellent and at times it looked he had what it take to keep up with O'Sullivan in the final, but he just couldn't maintain the same high standard.

At the age of 34, no doubt Hawkins will be on our screens for many years to come and if he can hit even half of the form that he found himself in at the Crucible it is only a matter of time before he adds to his one ranking event win. 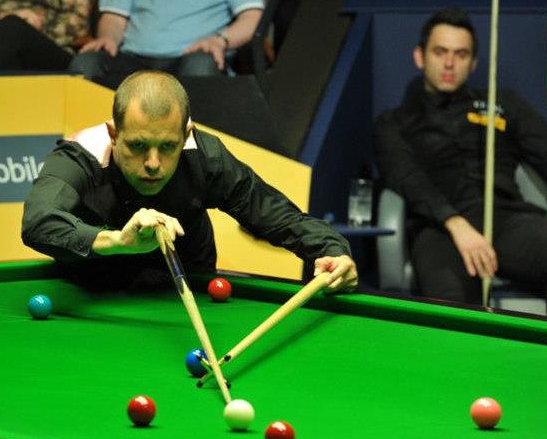 Hawkins said: "I put him under as much pressure as I could. But every time I missed an easy ball he punished me. I tried my hardest in that final and I just made a few more mistakes than Ronnie. You cannot afford to do that against a player of his calibre because he is just unbelievable. The way he makes it look so easy is just amazing.

"I still felt I could win the match. I felt really good out there even with all the pressure. I was just gutted that I missed some balls. I was hitting some nice big breaks. I am delighted with the tournament that I have had and hopefully I will have a lot more years in me yet.

Apart from the main man of the show, overall this year's tournament has been relatively underwhelming. There was few close matches and big reveals from Barry Hearn. But it was refreshing to see the progress of young Michael White, the antics of Dechawat Poomjaeng and many of snooker's seasoned campaigners getting their time on the big stage.

On another note, the winner of this year's high break prize not only receives £10,000 pounds but also wins gold cue from Betfair and Parris Cues! The honor is held by Neil Robertson who made a brilliant 143 in the first round against Robert Milkins, watch it back here.

Big thanks as usual go to Monique Limbos for all her photos from this year's championship, check out the albums here. You can also follow her on Twitter here.

The daily Betfair World Snooker Championship report was sponsored by PJN SPORTS, the UK's number 1 supplier for snooker and pool equipment. Visit them at www.pjnsports.co.uk. 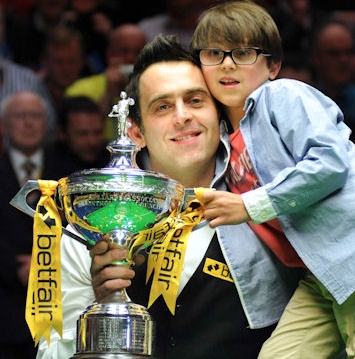